The DBRS gives customers another choice to optimally integrate Datafuel fuel management technology into their businesses operations. Whilst barcodes can be replicated externally, additional user access measures such as PIN’s can be implemented to increase fuel transaction security.

The DBRS uses wireless technology and includes receiver and handheld reader. The barcode media is different to other types of standard Datafuel keys and cards but otherwise system capabilities are the same.

The DBRS can be installed in a variety of physical configurations including stand-alone components or inside lockable cabinets. The handheld reader has an inbuilt coupling bracket enabling customers to install a fixed or retractable cable (not supplied by Datafuel). The handheld reader is placed back on the charger after use.

The reader can be used in conjunction with other console keypad functions.

The DBRS option can operate with all Datafuel DF series consoles.

Datafuel releases a new version of its Electronic Wand System that enables customers to electronically read tags mounted on plant and equipment.

The Wand System provides another Datafuel option for refueling assets without the need for any keys or cards. It can also read standard Datafuel proximity keys providing enormous flexibility in system setup.

The new Wand System no longer uses a counterweight for return. Wand cables can now be manufactured in lengths up to 10 metres.

The new Wand Reader head is smaller and easier to hold than the previous model and also includes a positioning target.

The option can be fitted to all Datafuel DF Series consoles and has operated successfully at small and large sites including national depot networks.

Over the last 18 months, Datafuel has been investigating a range of options to increase the quality of its service and support. The investigations included 12 months of independent consultant customer interviews.

The results of those investigations and company responses will be provided to customers in early 2017.

A number of service department changes were undertaken throughout 2016 however some of these caused significant customer inconvenience. Datafuel apologises for any frustrations experienced. Several months were consumed training new engineers that failed to meet company requirements.

It is pleasing to advise that the changes to the service team have now been completed. Kerwin Yap has joined Shane Williams and Morgan Hastings to provide full head office engineering level service support to customers and business partners. Kerwin is an enthusiastic, committed and courteous electronics engineer. Datafuel is excited about the extra skills he brings to the company.

Service department will also be supported by Datafuel R&D engineers. Ex-Datafuel head office technicians are now working with the company as contractors in addition to the companies external national support network.

Telephone support processes have also changed due to Datafuels implementation of a new company VOIP unified communications system. Personnel continue to tune the system to try and get the right balance between human interaction and automated system capabilities.

A number of other service changes are underway.

Datafuel will continue to try and improve its service and support capabilities and will keep its customers informed via general announcements and specific communication.

Customers are no doubt aware that Australia’s GSM/2G networks will be shut down over the next 12 months.

The schedule for shut down is as follows 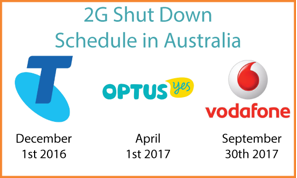 Datafuel customers that still have GSM modems installed will need to upgrade to 3G communications prior to network closure.

Those customers that have already upgraded to 3G have found Datafuels implementation to be far superior to their previous communications setup. The biggest improvement is the change from “dial up – batch data transfer” to live links. This provides live fuel management information and significantly reduces the possibility of lost data due to catastrophic damage at the fuel facility. Data transfer is also faster and more reliable.

If Telstra customers haven’t planned for the upgrade yet they need to contact Datafuel as soon as possible. Implementation options are limited due to the number of MK2/DF Series upgrade and GSM to 3G communication upgrade projects that have been left until the second half of 2016.

The new DF9000C and DF5000C commercial NMI approvals complement the DF9000R which has NMI approval for sale/trade use.

Datafuel releases new Desktop Reader Kit that enables customers to electronically read keys/cards in the convenience of their office without having to travel out to the console.

The reader eliminates the need for manual entry of new key/card numbers into the WinFMS software.

The kit also includes WinFMS software enhancements that work together with the desktop reader to simplify key/card programming processes.

The desktop reader operates with Datafuels new contactless proximity keys as well as a range of other nearfield technologies. It will not operate with the previous generation Datafuel insert style Datakeys.

The new module enables import of new/updated data from other software applications such as Fleet Management, Asset Management, Maintenance, Administration, Finance, Personnel and Access Control into Datafuel’s WinFMS. This capability can reduce or eliminate the need to manually enter changes to keep the different software applications in sync, for example when there are personnel or fleet changes.

Datafuel can provide customer IT personnel with assistance to create suitable import specifications. Datafuel programmers will then create the import which can be configured to start manually or automatically by the system.

WinFMS V9 contains a range of new features including several that operate in conjunction with new console hardware options.

The release of the software had been delayed due to the complexity of verification testing.

The WinFMS V9 software will be supplied to ALS customers in phases to ensure technical support availability.

Datafuel has rolled out its new Vehicle Automation System. This comprises onboard “Vehicle Unit” (VU) which electronically records Fleet Number and Odometer reading with data transferred to console via upgraded reader.

One of the benefits of implementing a Datafuel system is the reduction in administrative errors compared with written records. Recent implementation of the VAS technology at one site, which previously used manual log sheets, revealed the following:

These errors were eliminated after the installation of the Datafuel VAS.

Datafuel’s VAS can be used in multi-diesel pump/single Adblue pump configurations, and can also integrate with a number of site access control systems.

The Datafuel 2010 customer satisfaction survey has now been completed. Original survey forms are available for review at the Datafuel Sydney office.

We would like to thank everybody that participated in the survey. Through your feedback we have a clearer understanding of how the systems are performing in the field, the quality of service you receive and what we can do to do better in future.

It is pleasing to advise both system reliability and service received an average 8 out of 10 rating. That said there is room for improvement with several customers needing immediate assistance.

It was also clear that the new systems with contactless keys and sealed enclosures are substantially more reliable than the older consoles with insert key readers. The majority of service related issues were due to pump issues, PC equipment and IT network failure, facility damage or changed staff/training factors.